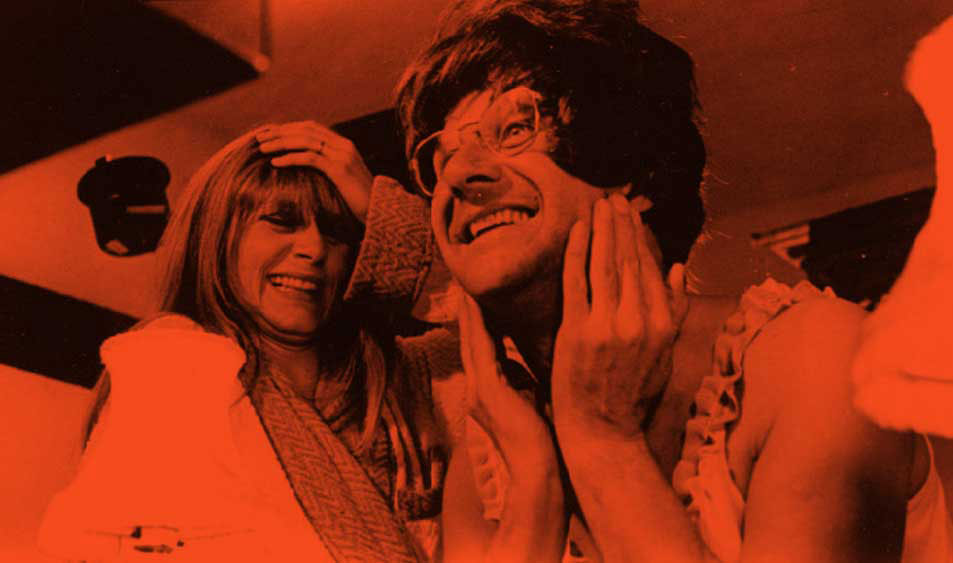 1966 was a promising year. Aldo Rossi published “The Architecture of the City” and Robert Venturi came out with “Complexity and Contradiction in Architecture”. Everything seemed set for a productive critique of Modernism and the development of a more mature approach to the intricacies of architecture. Architecture seemed on the verge of rediscovering its collective nature and about to refound its knowledge starting from the city. In the meantime, a few extraordinary projects were made. (San Rocco, the Football Hall of Fame, the History Library).
Then things started to go wrong. In May 68 the laziest generation in the history of the West decided to celebrate its fake revolution. They wanted l’imagination au pouvoir and spent time searching for the beach under the street pavement. For reasons that we fail to understand European socialists could not resist following this bunch of idiots and left neo-liberals in complete control of common sense for the fty years to come. “No sign is a good sign” wrote Henri Lefebvre, and armed with this invincible intellectual weapons the European working class was ready to be stabbed to death by the primitive truisms of Margareth Thatcher. In this tragicomic intellectual and political climate, architecture was ready to start experimenting all sorts of self-in icted nonsense, from postmodernist “hirony” to deconstructivist “criticality”, from star-architects to the 1001 revivals of “Architecture Without Architects”, from freelove communes to “green cities” in the Saudi desert.
Now, forget all of this and let’s move back at the point where things started to go wrong. Forget all the pretentiousness and suicidal complication of French Theory, forget its pathetic architectural adaptations. Let’s be more humble and more direct. Also, let’s limit the discussion to architecture, and let’s take the freedom to speak plainly and (in case) have a good word for good architecture, beyond the obscurity of a self-imposed intellectual dress code. Back to 1966. Back to an obviously idealized 1966.
1966, in this context means rst of all the books by Aldo Rossi and Robert Venturi and the projects by the same Rossi and Venturi but also of Giorgio Grassi (at the time still collaborating with Rossi) and James Stirling. This is certainly the core of the work that – more in general – this magazine is trying to revive, the incredibly rich eld that too soon was left unexploited and that can (or at least we hope so) be reactivated in contemporary architecture. We propose to look at these works as a key to look at other works that can be associated with them. As a consequence, our starting point is relatively simple and plain. And of course, you can argue that we speak about this thing again and again and that we are running out of ideas (indeed we are), but at the same time we think it would be good to be as clear and unequivocal as possible before concluding this adventure. So here are a few reasons why architecture of 1966 looks so bright and so promising to us:

In 1966, Rossi and Venturi were serious. Their work was not without humour, but it was clearly no joke. In 1966, Rossi and Venturi tried in earnest to imagine a new architecture. Their proposals were reasonable and realistic options to produce beautiful buildings and pleasant cities inside of two precise contexts such as Italy and United States of the time. Their work was neither utopian nor cynical. The possible results are at hand.

Rossi and Venturi’s architecture of 1966 was not just made starting from a collective experience, but also addressed to a collective subject. Beyond any romantic individualism, this architecture was committedly public and common. For all the retreat into autobiography and self-commiseration of Rossi after 1966, before this date his work was open and ready to be appropriated by anybody.

Rossi and Venturi’s architecture did not really care about “being contemporary”, at least in the terms established by the Avant-gardes. It seems that for them (once again, at least in 1966) the correspondence of their work to the Zeitgeist could be taken for granted – or at least should not be frantically veri ed every second minute. This relative ease with time, this mild disbelief towards historicism (quite surprising for a Italian Marxist like Rossi) resulted in a certain diachronic freedom. The times of Rossi and Venturi’s architecture were many. These buildings could move easily into the future because they easily related to the past. Their time was not strictly de ned; unforeseen events could take place.

Rossi and Venturi’s architecture, at least for a brief moment around 1966, was not just an accumulation of fragments. It clearly searched for a classical unity. The plurality of the presuppositions of this architecture (the plurality of its subject) corresponded to a committed quest for unity in the nal output of the process. The buildings were simple and without excessive ambitions in broadcasting particular “messages” (this is particularly remarkable in pre-Scott Brown Venturi). This unity corresponded to the incredible generosity of these works, that did not exclude anybody form their potential audience. These buildings were – possibly for the last time before an era of architecture for market niches – addressed to everybody.

Rossi and Venturi’s architecture, in 1966, was about space. The complexity of the city corresponded to the spatial articulation of the buildings, to their positions in the urban scene, to the at articulation of possible planes inside of their facades. The complexity was not exposed textually, but spatially. Venturi in 1966 was still quite a bad writer (Denise Scott Brown would incredibly improve the sharpness of his arguments), but he did not enforce a consistency of a “textual” kind onto his buildings – and as consequence his buildings were incredibly more opaque and rich than the dry, didactic ones of the Scott Brown era. For Rossi and Venturi in 1966 there was no semiotics, no iconography, no jokes. No sheds and no ducks.
The fantastically generous architecture of 1966 is an excellent starting point also for an equally glorious architecture of today.
Fifty years after 1966, let’s start again. And with more innocence, more stubbornness, and – this time – let’s try not to give up immediately.
San Rocco 14 ask you to restart from this list of 66 things done in (an ideal) 1966:

Pink Floyd
The Piper at the Gates of Dawn, 1967