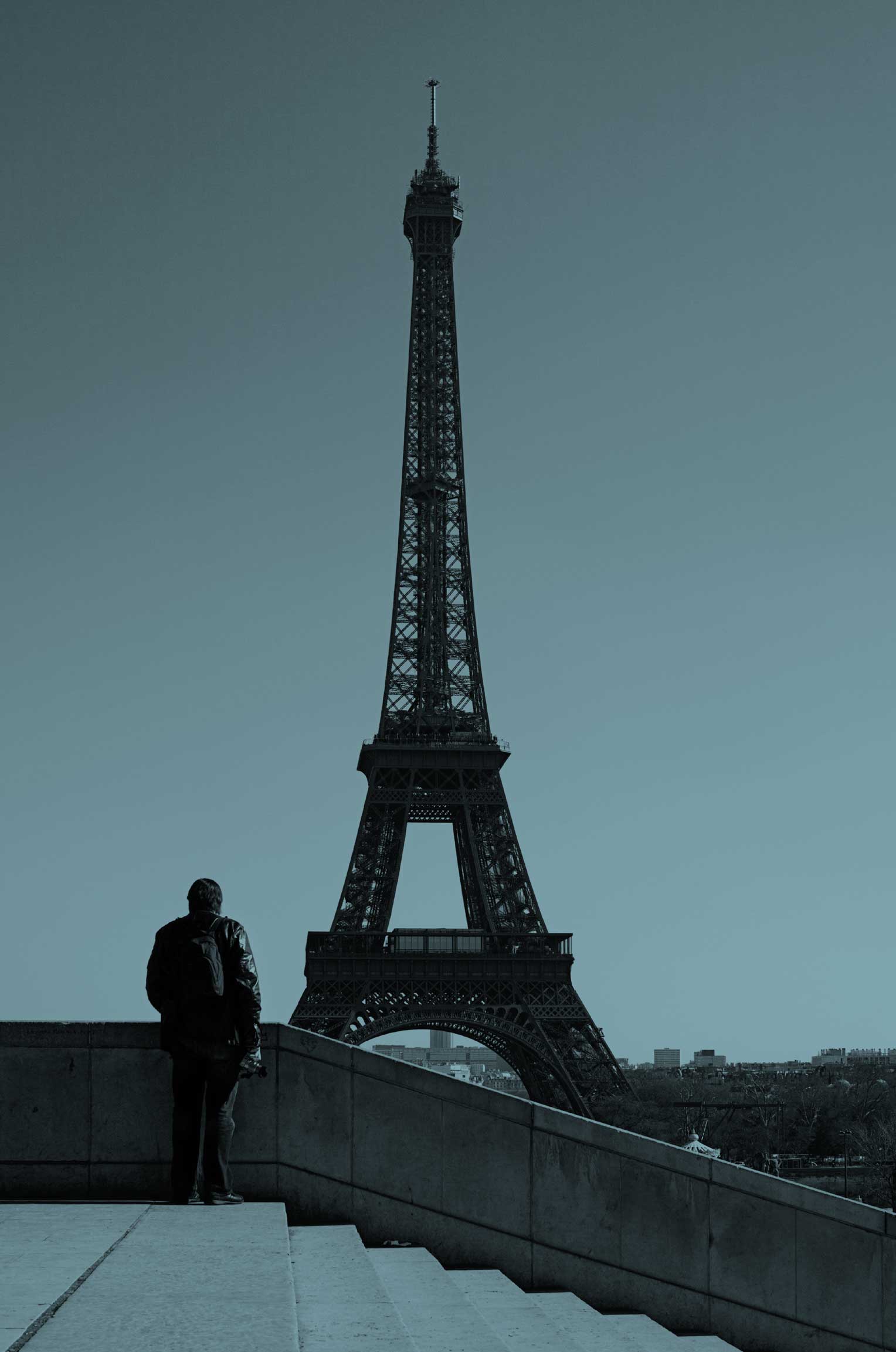 There is a tradition of concepts in architecture, quite a serious one, with all kinds of related topics (character, architecture parlante, and so on): Serlio’s Book VI with its houses that change appearance according to the different professions of their inhabitants, Palladio’s villas, Colbert’s reasonable objections to Bernini’s Louvre, Laugier’s hut, Ledoux’s architecture parlante . . .

As our world became increasingly bureaucratized, it became crucial for architects to nd a way to deal with concepts. Various strategies were developed in order to react to this situation and to offer an architecture be tting the logic of bureaucrats (e.g., Durand, Schinkel, Semper). A strange kind of no-nonsense classicism appeared, one that was logically arranged, repetitive, economical and realizable in stages.

Modernism accepted the 17thand 18th-century infatuation with concepts, yet it recognized only one of these: content, or, in other words, quantity. Modernism (a truly Protestant project) was an architecture of quantity, measurable in terms of the amount of social housing produced in a year, or a given project’s cost per square metre. But content (which is to say quantity) was still not a reality; rather, it was the concept of modernism. For its only concept, modernism also invented an entire body of propaganda, thereby creating a model of the happy marriage of concepts and propaganda that would be so successful later on. In the process, form was dismissed because modernism was about doing the right thing, and context was ignored because modernism was about doing the right thing in large quantities. Architecture had to sacri ce itself in the name of a good cause. But then that good cause somehow got lost. Concepts survived, though, as brutal as Bolshevik propaganda and as regressive as Lady Thatcher’s social policies. How could modernism come to such a sad a conclusion? What went wrong along the way? Is there a parallel here with the depressing history of the European political left after May 1968?

• Into the Ears of Millions •

Concepts correspond to the need to whisper into the ears of millions (as Jeff Koons has said, “At one time, artists had only to whisper into the ear of the king or pope to have political effect. Now, they must whisper into the ears of millions of people”). To do this, contemporary architecture enthusiastically embraced all sorts of trashy allegories. But did this populistic attempt really work out? For all its love of cheap slogans, contemporary architecture is still highly non-communicative, misunderstood and neglected. Any other art form works better, and any other expressive medium (considering architecture, just for the sake of argument, as an expressive medium) has higher returns. Why should we not learn from this failure? Why should we not accept this situation and make use of it? Consider how successful contemporary art has been in being deliberately obscure. Maybe what is wrong with contemporary architecture is precisely its (modernist) humbleness, its desperate eagerness to sacri ce itself in the name of something else.

• A Defence of Concepts •

Over the last four centuries, concepts have been very popular. As a result, a large majority of our readers might be irritated by (or at least have doubts about) our argument against concepts. So, please explain to us why we are wrong. You know we are open-minded.

Stirling is often considered a stupid architect, probably partly because (at least in the second part of his career) he didn’t write, and what has appeared in print is indeed a mishmash of statements, vague interviews and sloppy prize acceptance speeches. It is also probably partly because he seemed so strangely inconsequential in his trading in of British industrialist brickwork for pink, oversized railings. In his “inconsequential” actions, however, Stirling was a fundamental contextualist, though his context was not the gloomy universe in which he was supposed to place each of his buildings, but the one that he constructed himself along the way. For Stirling, the series of preceding formal solutions created the context for the new ones he would develop. In each of his commissions, reality turned out to be confrontational yet fertile. Over time, Stirling put together a body of non-dogmatic formal knowledge comprised of imprecise sources, inconsequential fascinations, bad jokes and out-of-place erudition. But then again, imprecision can generate a world if one is stubborn and consistent and ignorant enough not to care too much about it.

Despite his initial claims for a new universal, machineinspired architecture, a number of essays from L’Esprit nouveau (later to be included in Vers une architecture) communicate Le Corbusier’s deep interest in speci c landscapes such as the Acropolis in Athens or the city of Rome. Le Corbusier considers the Acropolis to be an architectural device that provides the key to the interpretation of the entire landscape lying between Piraeus and Pentelikon. Convincingly enough, Colin Rowe states that the La Tourette monastery acts in the very same way with respect to its context. On another scale, it is easy to consider the series of projects ranging from Plan Obus to the sketches for South American cities as obvious members of the same family. Among the apparently most un-contextual operations, even the Plan Voisin or the Beistegui attic clearly t within the very speci c Parisian context of the Haussmannian erasures and the cult of the urban axis, curiously coupled with the surrealistic excision of the Cadavre Exquis.

The architecture of Oswald Mathias Ungers is always uncomfortable, uneasy and fundamentally unhappy. And the worst thing about it is that you always suspect that there is some sort of reason for this; you always have the feeling that its failures exist on purpose, or that its shortcomings are supposed to tell you something. Ungers’s architecture is an example of how concepts can destroy all good presuppositions. In fact, Ungers was right on almost every level. He was intelligent, educated and realistic, had a precise notion of monumentality and an impressive understanding of the city, and he did not lack good taste. He may also have had some sort of (German) sense of humour. Still, he felt the need to turn all his impressive architectural knowledge into arguments, and so he never made a decent building.

In a famous photo of her house, Vanna Venturi stands next to the entrance. The photo is frontal: it shows the house as in an elevation. In the image, Vanna hides in the shadow, almost unnoticeable at rst glance. The owner and the house are clearly two separate things. The house is clearly not a portrait. Robert Venturi is extremely delicate with his mother: architecture must keep its distance from the world of feelings. A house for one’s mother, however, is a house just the same, and Vanna Venturi’s house is a masterpiece of abstraction and, as such, a masterpiece of respect. It clearly corresponds to the rigorous mannerism of Robert Venturi’s early production. The house is not an icon; it has no message, and it develops no argument. Vanna was lucky: Bob designed her house before learning all the ideas that his wife would later discover in his architecture – brilliant ideas, but ideas nonetheless.

Whether you consider Eisenman’s, OMA’s or Tschumi’s entries for the competition for the Parc de la Villette, the contest was clearly about concepts even if nobody understood what those concepts were. Maybe the concept was just “a concept” – the concept of a concept, or a manifesto about the potential of an architecture of pure concepts. In fact, the proposed pavilions had no programme, no message and no reason. They were expensive and they clearly did not do any good for the surrounding urban fabric. They were also uncompromisingly ugly (as the ones that were built still testify). The question is: Why red? Why did concepts in architecture appear in 1983 as something entirely unintelligible, apart from the fact that they had to be red?

San Rocco is also interested in contributions analyzing concepts and contexts in the buildings included on our lists of the Top 25 Contextual Masterpieces and the Top 25 Conceptual Disasters.