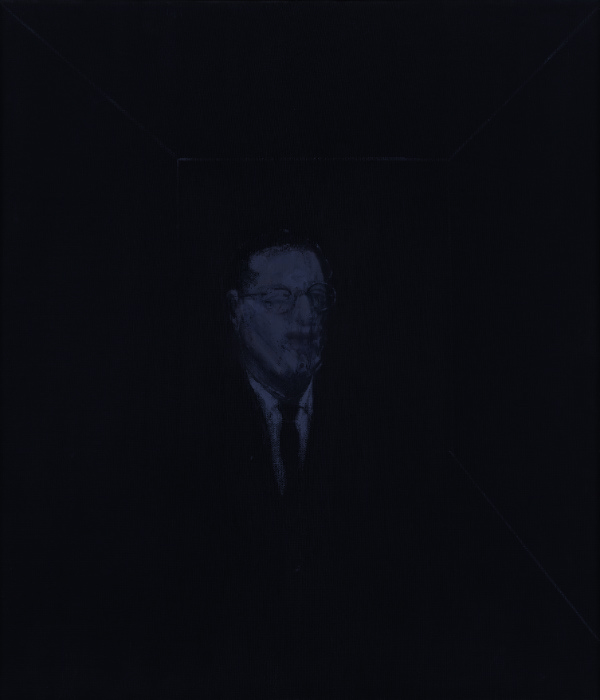 Please select the client you would most like to work for. The client should be a real gure from the past or present. Each submission should include a portrait of the client and a biography of 100 words or less. No explanation of your selection is necessary.

• The Money of the Delian League •

The Parthenon supposedly cost 469 silver talents. The vast majority of the money that funded the construction came from the Delian League (a defensive alliance of Greek city-states under the guidance of Athens). To get an idea of what 469 silver talents meant, it is enough to realize that each trireme, the most advanced warship of the era, cost a talent to build, and one talent also covered the cost of paying a warship’s crew for a month. According to Donald Kagan’s The Peloponnesian War (Penguin, 2003), Athens had 200 triremes in its service at the beginning of the Peloponnesian War while its annual gross income at the time of Pericles was around 1,000 talents. Just imagine the U.S. asking NATO for a sum of money equal to half of its gross national income (about 16,000 billion dollars, according to data.worldbank.org) – in other words, 8,000 billion dollars for a single building.

Giotto painted the Scrovegni Chapel in 1304–5. The chapel was painted for Arrigo degli Scrovegni. His father Reginaldo had made a lot of money as a usurer; as a result, Arrigo felt ashamed and tried to give something back to the community by hiring Giotto to paint the chapel. This basic psychological mechanism was at work in the Renaissance as well: all of Renaissance art was made possible only because of the combination of a new economy providing the resources, a new aesthetic providing the necessary technical means and a mediaeval sense of shame providing the motivation for a new work of art. Ezra Pound expressed the idea with an unsurpassed precision (although failing to accept that it was the money accumulated by the brutal merchants of the Renaissance that paid for the incredible art of the time):
. . . .with usura
seeth no man Gonzaga his heirs and his concubines
no picture is made to endure nor to live with
but it is made to sell and sell quickly
[...]
Pietro Lombardo
came not by usura
Duccio came not by usura
nor Pier della Francesca; Zuan Bellin’ not by usura
nor was ‘La Calunnia’ painted.
Came not by usura Angelico; came not Ambrogio Praedis, Came no church of cut stone signed: Adamo me fecit.

In the case of the Italian Renaissance, the public nature of art wasn’t just a consequence of the mere lack of a proper private sphere in the context of the society of the day (as was the case in archaic societies and, all told, also in ancient Greece and Rome). It was also the product of an explicit cultural project developed by a few crucial intellectuals – Dante and Giotto, above all. Indeed, Dante imposed upon his contemporaries and followers an idea of culture that was entirely public, entirely political. Excepting perhaps a few peripheral places in the Purgatory, there is no private space in the Commedia, and this is not an obvious choice, particularly with respect to very different cultural projects of the same period (just think about Petrarch) and even with respect to some of Dante’s classical models.

In the modern world there is increasingly less money available for architecture. While up until Napoleon public money could be invested in only two pastimes – architecture and war – from the beginning of the 19th century public money in Europe started to be wasted on pensions and health care. Considering that in Western Europe the number of voting pensioners is increasing, we can only expect an even greater decrease in the nancial resources available for architecture in the future: pensioners, of course, vote for political parties that promise to invest in health care, the police and – ça va sans dire – pensions.

Not only has the budget for public architecture been incredibly reduced, but of what funding remains, around 40% has to be wasted on HVAC.

While in the past state employees (including Baron Haussmann, Karl Friedrich Schinkel or Martin Wagner) could spend endless sums of money because they where ghting to create an ideological state committed to a “better world”, bureaucrats are now afraid to make mistakes and lose their jobs. The result is that bureaucrats are afraid of public architecture. If architecture looks too good, looks too ambitious and looks too expensive (note: this is not the same as being expensive), then architecture immediately becomes something that needs to be justi ed. Bureaucrats like ugly buildings because they represent the sought-after neo-liberal reality (built with a limited amount of tax revenue, these buildings are ugly precisely because they are public, because only private enterprises can be ef cient and because they prove that public expenditure was reduced and thus make it possible to reduce taxes).
(It thus follows that you should never participate in competitions in Germany.)

Over the last two centuries, France, England and Germany have been the motors of European architecture. This was quite logical, because these big imperialistic states had enormous economic resources, relatively ef cient bureaucracies and fast-growing populations with major social problems. They wanted to update their infrastructure and produce something that could represent their public ideology.
Examining the current situation, we see an altogether different Europe. Which of its countries are known for investing in architecture today? The most reasonable answer is probably Austria, Belgium, Denmark, the Netherlands and Switzerland (it would be interesting, on a side note, to consider how this could be calculated or quanti ed). And why do these countries still spend on architecture? Is it just because they are rich? (In fact, the Netherlands is actually not that rich any more.) Or is it because they already operate like companies (something that is possible given their small size) and thus see architecture as a marketing tool? If so, this would be in contrast to the current decline in the use of architecture as a marketing tool by actual private companies . . .

In contemporary Italy, the state has been gradually abandoning the management and conservation of the country’s built heritage. This situation has encouraged a growing number of entrepreneurs to shift their activity from the construction of new buildings to the restoration of collapsing or endangered monuments (in Rome, for example, Della Valle’s restoration of the Coliseum and the Fendi restoration of the Colosseo Quadrato). Restoration probably yields a more immediate return in terms of visibility, and it relies on an almost unanimous consensus and support. While absolutely necessary (no one wants to see ancient masterpieces fall to pieces), restoration shields its rich patrons from any of the debate and/or criticism that can often come with the construction of contemporary works of architecture. Restoration requires less effort; it doesn’t force its patrons to expound their conception of beauty.

Most of the time architecture needs somebody to convince rulers or rich people that they need architecture. These architectural diplomats can be architects (e.g., Bramante, Giulio Romano, Charles McKim, Daniel Burnham, Lucio Costa, Gio Ponti, Philip Johnson) or other gures (Monsieur de Chantelou, Sigfried Giedion, Phyllis Lambert). Nowadays they are mainly curators, critics and journalists. Should this role be better de ned? Or would it be better to keep it as unde ned as possible? And what kind of preparation or education would be desirable in these mediators?

• The Senescence of Iconic Architecture •

Like any kind of crap produced in the West that doesn’t sell in its natal country any more, Iconic Architecture is now being sold in what was once called the “Third World” (the part of the “Third World” rich enough to afford Hadid).

• Niemeyer for Rothschild and the Communist Party •

While exiled and living in Paris to escape Brazilian colonels, Niemeyer once gave a lecture in an Italian workers’ club. Somehow he showed a project for a villa designed for Rothschild. Then a worker asked comrade Niemeyer to explain why he had accepted the task of designing a house for Rothschild, since it did not seem to be about social commitment to him. Niemeyer apparently answered, “to increase the contradictions of the capitalistic mode of production”.

Crowd-funding allows the formation of groups devoted to achieving a speci c common goal. Might it be possible to pay for architecture with crowd-funding? And would we want to? Wouldn’t this just be a way of accepting the state’s further abandonment of its duties?

If you make money producing tractors, you think your business will be around for decades at least, so you commission a building for your company that is designed to endure – a building constructed of iron and designed by the best American architect of your day. If you make money producing online social-networking services, on the other hand, you think in the short term, concentrating on making your money quickly before some nerd out there who is even nerdier than you screws up all of your long-term plans.
As a result, John Deere chose Saarinen and California IT companies don’t choose anybody.
“There is this myth in Silicon Valley that if you build a ‘vanity campus’, you are destined to fail immediately”, says John Marx, a principal at the San Francisco architecture rm Form4.

Meanwhile, Google chose BIG and Thomas Heatherwick. The result is actually not that bad. And again, it is surprisingly un-iconic.

Dear President Xi Jinping, San Rocco would like to let you know that we despise weird architecture as much as you do, and we wish Beijng could start a new era of proper realist and socialist building. In the hope of meeting you soon, please accept our kindest regards.