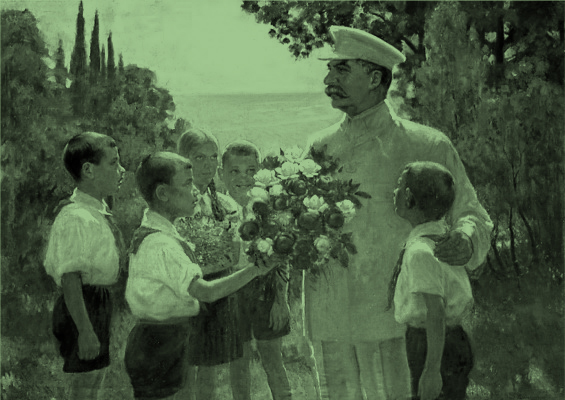 Turris Babel is Athanasius Kircher’s attempt to imagine the description in the Book of Genesis (10–11) that recounts Nimrod’s attempt to build a tower reaching the heavens. The story was of particular interest to Kircher as an account of the origin of languages (indeed, the second half of the book is devoted to Kircher’s theories on linguistics). In the first section, much as he had done in his Arca Noë four years earlier, Kircher proves that Nimrod’s ambition was intrinsically flawed: in order to reach the nearest heavenly body – namely, the Moon – the tower would have to be 287,543 kilometres high and comprise over three million tons of matter. The resulting uneven distribution of the Earth’s mass would compromise the balance of the planet and move it from its position at the centre of the universe, resulting in a cataclysmic disruption in the order of nature. In the amazing drawings that accompany Kircher’s geometrical demonstration, the planet with the tower looks like a gigantic Pinocchio head staring at the unreachable moon.

Karl August Wittfogel’s Oriental Despotism (1957) is a curious book. It is highly verbose, terribly insistent and irritatingly anti-socialist, and perhaps worst of all, it never really sounds very sharp. However, despite all this it is difficult to deny that the author dealt with something of contemporary relevance. The book also provides a perspective on architecture. More than anything, when read today, it is a funny book.
The best part is the index, where the dry magniloquence of the topics is not hampered by the author’s didactic treatment. Consider, for instance, this sequence of chapters:
D. Further Construction Activities Customary in Hydraulic Societies
Non-Agrarian Hydraulic Works
Aqueducts and Reservoirs Providing Drinking Water Navigation Canals
Large Non-Hydraulic Constructions Huge Defense Structures
Roads
Palaces, Capital Cities, and Tombs Temples
E. The Masters of Hydraulic Societies – Great Builders The Aesthetic Aspect
a. Uneven Conspicuousness
b. The Monumental Style
c. The Institutional Meaning

It is possible that meat might soon disappear from the everyday diet and become once again exceptional and somehow associated with ritual, something like the hog hunting portrayed in the film Mondo Cane (Cavara, Jacopetti, Prosperi, 1962), in which the inhabitants of an island near New Guinea grow hogs for years before releasing them and then killing and eating them in an incredibly violent way. Maybe we will eat meat just to remember that we are carnivorous, just to accept that we are bad by nature. Might our future hold temples of meat? Slaughter feasts?

Sixtus V had a plan. It was not incredibly refined, for he was not a man of subtleties. He may have picked a relatively bad architect and he may have had limited resources, but he still had a plan – a simple one, a realistic one. He also had an idea: none of the city’s resources should be wasted. Everything in the city was to function or die. He probably even had the Septizonium destroyed because he could not see it working in the city. It looks like he operated with a funny, stupid brutality that lies somewhere halfway between Quentin Tarantino and Hippocratic medicine: quae medicamenta non sanant, ferrum sanat; quae ferrum non sanat, ignis sanat . . .

• The Barshch-Ginzburg Plan for Moscow •

The plan for the reconstruction of Moscow as a "green city" by Mikhail Barshch and Moisei Ginzburg was a radical proposal for the reorganization of Moscow, which in 1929 was a metropolis of two million inhabitants that could no longer absorb newcomers without seriously rethinking housing, industry, mobility and infrastructure. Linear housing developments combined with infrastructure left the city, leaving old Moscow as a park filled with architectural ruins. Together with the Barshch, Vadimirov, Ochitovic and Sokolov’s plan for Magnitogorsk, “Moscow as a Green City” is the urban translation of the GOELRO plan – that is, the plan elaborated by the State Commission for the Electrification of Russia. Ecology remakes the city, and so the old, unecological city becomes a ruin of the past. The Moscow project may have been crazy, but it was not at all utopian, just an (exalted) assessment of the country’s main asset: space. In Russia, this could somehow make sense.

Robert Moses’s vision of New York was not confined to the city proper, but rather extended out to include the whole metropolitan region. Since his sphere of authority included all parks and parkways, he was able to stretch his influence to the very end of Long Island and later to the city’s upstate facilities. After systematically eroding the power of the old park commissioners – a bunch of highranking philanthropists – Moses introduced the notion of scale in park planning and, above all, shifted the parks’ purpose from conservation to recreation.
Meanwhile, in New York Moses was facilitating connections and mobility (at least for some parts of the population) through his brand new system of parkways, providing access to tourist destinations in Upstate New York. Once more, recreation was bound to infrastructure and on a monumental scale. In Niagara and Massena, two huge power dams bearing Moses’s name testify to the State Parks’ ambition.

• An Appraisal of Minibuses •

In the 1990s, a silent revolution took place. The introduction of cheap Chinese-made minibuses changed the face of public transportation in half of the world. Indeed, minibuses allowed private operators throughout the Middle East, Asia, Africa and Latin America to provide an affordable and relatively efficient transportation service to a population that had not yet had regular access to public transit. Through innovative experiments run by a multitude of logistical geniuses in different parts of the world – and by developing use-models that varied according to each context – the minibus spontaneously resolved the inefficiencies of larger state-operated buses, expanding service to streets that were inaccessible to bigger vehicles. Minibuses are, indeed, typically smaller than buses and usually take passengers on a fixed or semi-fixed route without timetables, departing when all the seats have been filled. They can stop anywhere to pick up or drop off passengers. Minibuses are almost never stopped for long, and so they do not waste parking space. And since minibuses do not depart until they are full, they do not waste fuel. Developed in nofrills contexts, minibuses offer one of the few glimmers of hope if we want to think of an ecologically efficient and realistic use of contemporary technology. Socialism will arrive on a minibus, or it never will.

Protocols such as BREEAM, LEED, DGNB, Minergie, etc., might look stupid (and are primarly not-very-hidden attempts to privilege certain segments of the market), but at the end of the day they are better than nothing, for at least they introduce a kind of measurability into the discussion. Architects mainly see these standards as nuisances and do not realize their potential. CIAM’s architects were less spoiled and attempted to define standards by which to imagine a new society. Although they were pretty naïve and almost never right, at least they tried. Ultimately, they were pretty reasonable in their identification of the problem: theirs was a proper discussion – and more importantly, a proper discussion about a real problem. A world with five times the population of the 1950s has to engage in such discussion with five times the urgency.

What if we built walls instead of filling buildings with foam? How much would it cost? Would it really be more expensive than what we are currently doing? Could somebody calculate this with a bit of precision? And how long would it take for this option to start being more convenient? Twenty years? Thirty? Fifty . . . ?

• The Rue Corridor Is Soooooo Good •

Cities should be made of blocks. Blocks are the most efficient formula if you do not want to waste energy. Blocks also reduce surface occupation and automatically produce programmatic complexity by bringing together different functions. What is more, blocks reduce useless open space on the ground floor, thereby giving the remaining public space a degree of urban density. If you ever wondered why we stopped building cities made of blocks, you probably thought it was Le Corbusier’s fault (i.e., his crusade against the rue corridor), but you’d have been wrong. It was not Le Corbusier at all: it was real estate.
In the end, the cities we live in are the product of the fetishistic protection of private property. (Why would we have to observe several metres’ distance from property borders when building if these borders were not sacred to our society?) They are the product of the dimensions of contemporary real-estate companies: they are too big to accept the city’s plans, yet too small to propose their own. Ultimately, a real-estate company always wants to build a freestanding tower, no matter the context. It justifies this by arguing that in doing so, it is leaving a lot of public space at ground level. And this is what is actually Le Corbusier’s fault. He’s the one who provided the argument they repeat over and over in city council meetings.

An increase in regulations on a global level might result in fewer regulations on the local one. It would make it possible, for instance, to purge urban legislation of the health-obsessed paranoia of the 19th century, for the concerns that generated this no longer exist in the hygienic conditions of contemporary European and American cities. A rule forbidding the construction of isolated buildings would overcome a lot of the unnecessary protection of private property. And indeed, in such a crowded world, why should we enforce maintaining a distance from property borders when building?

• On the Dullness of Japanese Architecture •

Can somebody explain why Japanese architecture is so cool?
If you have ever been in Tokyo during a cold winter or a hot summer, you cannot help but wonder why people in the West like Japanese architecture. No insulation, no screening from the sun, no thermal mass, no noise protection: welcome to the paper house.

At the so-called Temple of Venus (or of Mercury, or of Echo . . . ) in Baiae (now called Bacoli) on the bay of Naples, there is a fig tree. In the beginning, the tree grew normally: its roots downward and its leaves skyward. When the roots pushed down into the ground, though, they encountered and penetrated the brickwork of a Roman vault buried in the earth beneath the tree. When archaeologists later excavated the Roman ruins, the roots were left there, floating in the air beneath ground level – and then they transformed into branches and leaves. So, from the top down, the fig tree has leaves, roots and then leaves again.
(Note: This story is entirely invented. The upside-down fig tree does exist, but we have no idea why it grew in the wrong direction.)